Last week we had a great time celebrating Purim!

Purim is a Jewish holiday that celebrates when the Jewish people were saved from destruction in the Persian Empire. This story is also told in the Biblical Book of Esther. King Ahasuerus chose Esther as his wife. The Kings’ adviser Haman (booo) planned to kill all the Jews in the empire. Esther’s uncle Mordechai (yay!!)  heard what Haman planned to do and Esther planned to stop Haman. Esther held a feast and invited Haman, and in front of everyone she told the King she was a Jew. Esther told the King that Haman wanted the Jews to die, and the King decided to save the Jews, but to kill Haman. So on this day Esther and her cousin Mordechai saved the Jews, and so Purim is a time to celebrate!

We spent last week learning the story and doing a variety of activities.

We had our faces painted:

We learned about and made graggers: 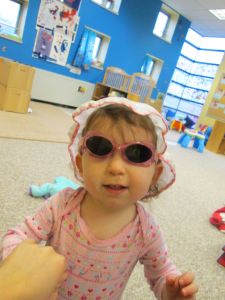 What a fun week celebrating!