This week in Science, we reviewed what we know about butterflies and moths and learned a few new things too.

First, we compared and contrasted a model butterfly and a model moth.

​We noticed that they each had four wings, six legs and two antennas (used for smelling), but the antennas didn’t look the same. How can we figure out if something is a butterfly or a moth? We remembered a lot!

Butterflies have antennas with balls or clubs on the ends – like these:

A butterfly also has a ‘proboscis’ – a sort of tongue / straw. I have one of those too. 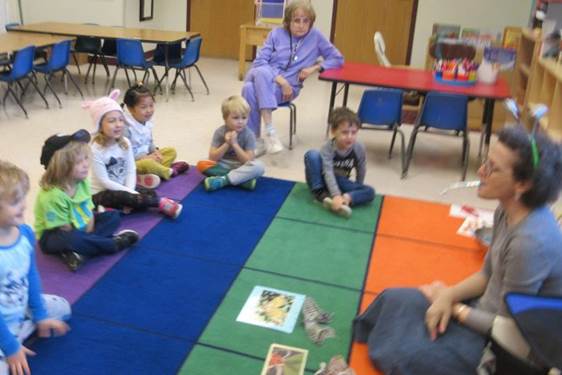 We looked at a photo of a Question Mark butterfly. The proboscis is curled up under the insect’s face:

Most moths do not have a proboscis.

Butterflies generally rest with their wings held upright. We tried that:

​
Moths usually rest with their wings stretched out flat

or folded over their backs.

We looked at posters of the life cycles of butterflies and moths.

They are very similar – with one exception. Before a caterpillar turns into a moth, it spins a cocoon. A caterpillar that is turning into a butterfly forms a chrysalis.

as cute as it is, is wrong on this point. Butterflies do not come out of cocoons – so either the cocoon in the story should be a chrysalis or the beautiful butterfly is really a beautiful moth.

We took a look at some real cocoons and a chrysalis (collected after the moths / butterfly emerged).

​
​We decided that the object in the book looks a lot more like a cocoon than a chrysalis. That means the creature that comes out is a beautiful moth.

Finally, we got to meet a live Woolly Bear caterpillar.

In the spring it will become a Tiger moth!

Can caterpillars bite you / sting you / fly at you / jump on you? No. However, some caterpillars (particularly the hairy ones) can cause allergic skin reactions, so it isn’t a good idea to pick up a caterpillar if you don’t know what kind it is.

Woolly bears are OK though.

Everyone had the opportunity to look closely at / gently touch / hold the caterpillar.